The cellars of the house “La Renommée / De Faem”, Grand-Place 13 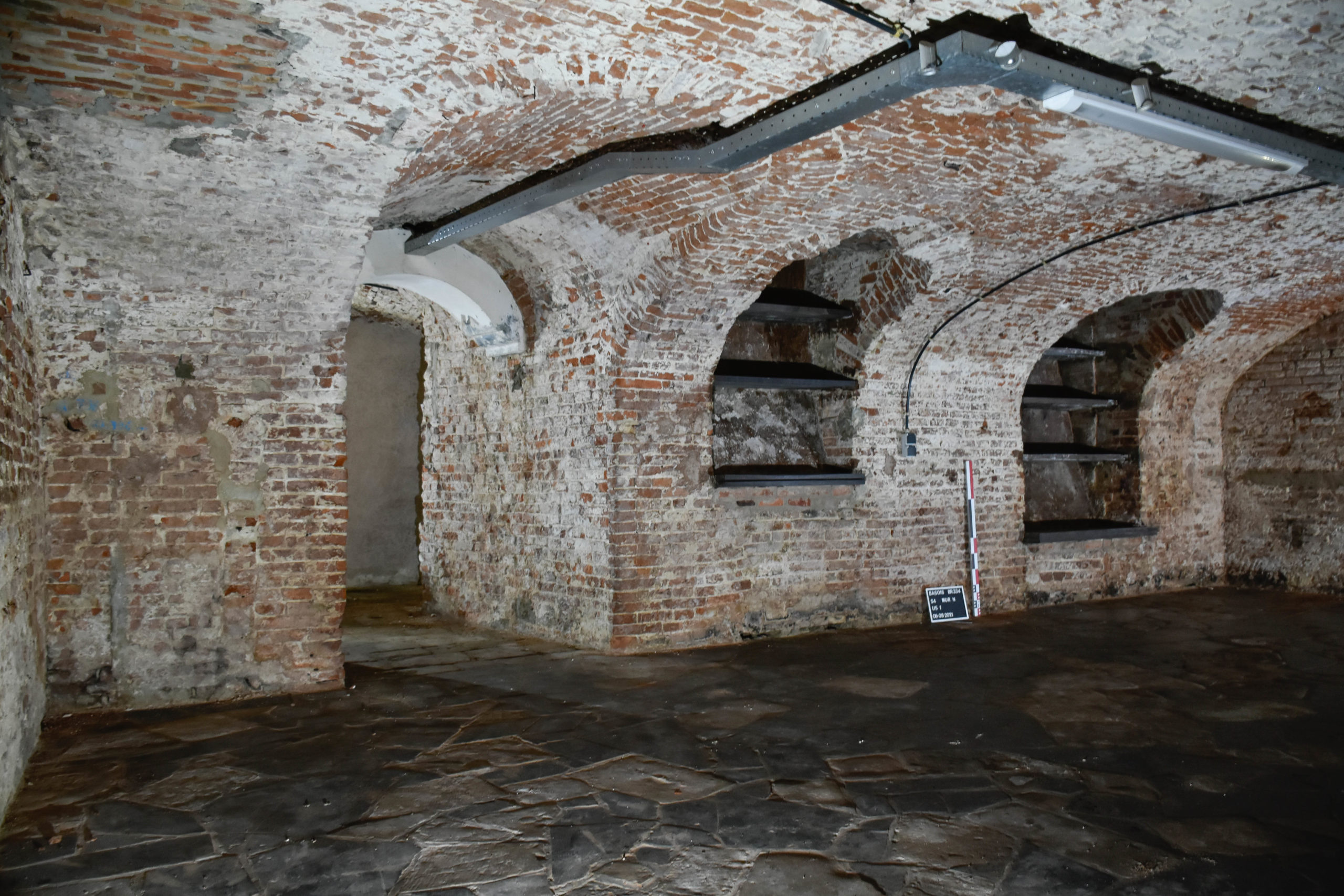 The Renommée/De Faem is a dwelling in the interior of a housing block, accessible from the Grand Place via a passageway between no. 14 and the Hard Rock Café (no. 12A). The dwelling has been archaeologically and historically documented since the late Middle Ages. At that time it formed a dwelling with at least two perpendicular wings, one of which had a cellar. This first construction, intended for residential use, was built into a block that was still open and not very well built. The situation changed radically after the bombing of 1695. The installation of a family of wholesale wine merchants (the Vander Meulens) at nos. 13-14, whose commercial activities required an increase in storage and sales space, resulted in the reconstruction of the pre-existing cellar destroyed during the bombing and the construction ex nihilo of at least two other rooms and their communication spaces, all around a central courtyard as a nodal point for distribution. The densification was to become even more pronounced in the second half of the 20th century, leading to the current situation.

Maximum 15 persons per guided tour (free, to be reserved)

Not accessible for PRM

Attention: Guided tours only in French.